What do you keep all your site tokens in? What about a box?

At Protohaven this Sunday, we will make boxes, using the laser cutter. On this our first visit, we will get a tour of the space, and learn what equipment we can use. Then comes the exciting part: THLady Rufina Saavedra will run the laser cutter for us, and cut out wooden boxes so we can assemble and keep them.

Date: Sunday, November 4th
Time: 1 PM – 3PM    Did you turn your clock back 1 hour??
Location: Protohaven
Address: 214 N Trenton Ave, Pittsburgh, PA 15221
Directions: See http://debatablelands.org/arts-and-sciences/
There is much parking on the street and in the lot, and the building is accessible to all. The accessible entrance is not obvious, so text me when you are close so I can point the way. (724.759.3333)

Standard disclaimers here:
We are accessible to our less mobile friends, and have free parking, both on the street and in the parking lot.

Thank you for asking! These meetings are free and we are generously supported by the Barony and the teachers themselves.
Elss

Fencing practice is on for today, starting at 1 PM, if the rain picks up at 3 like the reports indicate we will stop practice then.

Hope to see some of you out there.

There will be youth fighter practice today. They are calling for rain between 3pm and 6pm. We will practice until the rain starts. Please watch Facebook and this site for any changes.

There will not be practice on Nov 4th. I will be out of town and not sure what time I will be able to make it home that day.

Konichiwa Debatable Lands! Unfortunately, due to all the rain and the flooding down on Washington Blvd, I’m cancelling practice tomorrow.  The ground is just too saturated right now and they are calling for more tomorrow. I’m still holding out for a few more practices to take place before we shut it down for winter, c at least at that stor. There may be some possibility of having thrown weapons at chieftain archery I’ve the winter if we can get some decent days. Hopefully see you all next week.

For Sunday, October28th, due to the cold raining weather we will not be having archery practice at Highland Park.  However Archer’s are welcome to join us at Chieftain Archery Club to shoot an indoor short range.

The site charges $5 per visitor, so please come prepared for that cost.

Hello,
Weather permitting, fight practice will be held from 2 till 6 PM on October 28 at the Washington Blvd site. Loaner Armor will be available.
I have been told that the trailer that had been in the parking lot have now moved, so there will be more parking space available.
Robert

Scribal East is happening tomorrow, Thursday 10/25, starting at 7pm at the home of Ceindrech vetch Elidir.

PM one of us or check Dark Pages for address. 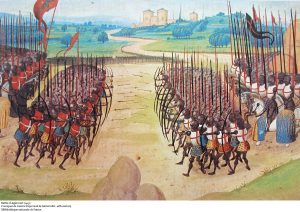 So, after a 15 year hiatus from autocratting I had the privilege and honor of co-autocratting my favorite event. I was blessed with competent, skillful people who were kind enough to share their time and abilities with all of us. The weather even (mostly) cooperated. Baroness Constance was the best co-autocrat that one could have, particularly as my mundane job began demanding more and more of my time the closer we got to the event. I was so happy to have her there and don’t have enough ways to express just how thankful I am for you. I can’t wait to see what we do next year.

Thank you to Baron Liam for not only creating an amazing feast, but for mentoring and guiding Lady Alethea so that she was so successful with her lunch. One of those things can be overwhelming, both of those things is a *lot* of work. You both were amazing.

I also want to thank Lady Arthes for running Troll so efficiently and well; Lord Alister for taking care of the Royalty and all of the other things that you did for us all weekend; Lady Vika for being our MoL and keeping things running on the field; Baroness Soteria for running Thrown Weapons; Lord Yoshi and Lady Katheryn for running the Archery range; Lord Mathias for organizing fencing; Earl Byron and Countess Ariella for coordinating the Heavy Weapons scenarios; Mistress Lucetta and Lady Eilionora for their strong work with the A&S Competition, particularly the martial portion (which was fun and I would love to see more of); Lord Ronan for coordinating the Heralds for the day; Lady Nicola for scheduling the classes; Mistress Ts’vee’a for her inspired Quest.

If there is someone that I have missed, it is entire due to sleep deprivation and forgetfulness. Your contribution is just as appreciated and I am just as thankful for your work and efforts.

I am so very grateful for the time, energy, thought, and love that was put in by each person that helped make this event as fun as it was. Thank you to everyone that attended – we love seeing you and can’t wait to see you again next year.

Again, thank you all for making Agincourt such a fun event.

There is no fencing practice today.

Thanks to Mistress Irene who sponsored last week’s tournament and thanks to the 6 entrants and congratulations to the winner Lord Robert Hawksworth.

Practice will resume next week.

if anyone has ideas for tournaments they would like to run feel free to contact me, I plan to run a tournament the second Wednesday of every month.

Today (Sunday October 21st) there will be no archery practice. Hope to see you all next week.